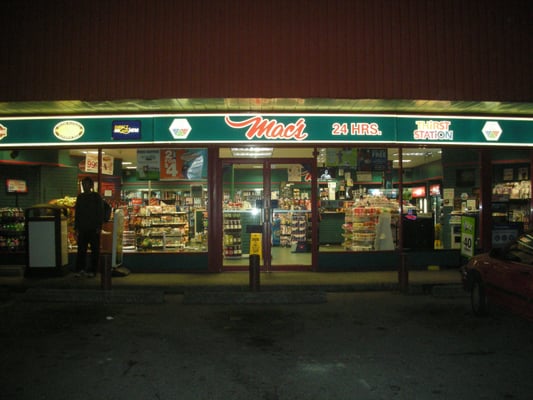 This will be the last of my editorial commentary for a while, just to let you know how I’ll be posting this reunion story, then I’ll get the hell oot of the way and let the tale tell itself.  I’ve settled on an 8-episode Netflix series as the ideal format (many thanks to Tom of TomBeingTom for the idea).  That will give me more than enough time to flesh oot the plots of this large ensemble cast and it also gives me license to swear.  Each episode would probably run aboot an hour (or slightly less), so in order not to overwhelm, I’ll break each episode into at least two posts.  Aside from some pre-existing rough ideas that I want to integrate into the story, I’ll be essentially making this up as I go, which means that suggestions will still be welcome and considered right to the end, so don’t be shy in the comments section.  The format will be something between fictional prose and television script, which is to say that it’s not really in any official format; for now, I just want to get the plots and the dialogue oot there.  I can worry aboot stylistic consistency later, should I happen to be contacted by either Random House or Ryan Reynolds. Below is the start of Episode 1, which will now necessitate 3 posts to complete because of the long-winded blabbermouthery you’re enduring at this very moment.  In other words, this is an atypically short one just to get the ball rolling. Enjoy!

“Yeah.  Blood pressure 180 over 110 and rising.  Prepare the defibrillator and try to find a contact while I stabilize him for transport and wipe this shit off his face.”

“Yeah, here.  Call it into General, too.  Dylan Blackwell, 45-year-old male Caucasian, possible narcotic overdose resulting in cardiac arrest.  Judging from the marquee, he probably did the audience a favor.  Who the hell does a Hendrix tribute in blackface, for Christ’s sake?”

“Alright, Babe, I’m gonna go show that house in Forest Hill again.  I should be back around 5:00.”

Ashley was sitting at the kitchen table, staring at her phone with a wistful smile.  Curious at her lack of response, Matt approached from behind and peered over her shoulder.  Ashley quickly slid her arm over the iPhone screen and smiled up at Matt.

“You look dumbfounded.  Anything wrong?”

“no.  no, nothing wrong.  i just got a text from an old friend i haven’t heard from in ages.”

“i don’t think so.  h—she didn’t graduate from hillside.”

“Well, I hope you enjoy catching up.  Love you.”

With a peck on the lips, Matt took his leave, whereupon Ashley moved her arm from the phone and stared at the message in disbelief.

Almost died last night.  I’m coming home in a few weeks.  I want you to know that I never stopped loving you. – Dylan

Unbroken sheets of rain had transformed the parking lot of Mac’s Convenience Store into a colorful tapestry of irrigated oil stains.  Exiting the store, Chris watched a slowly rotating kaleidoscope of viscous fluids in a puddle by his feet as he bit the cellophane tab on his pack of du Mauriers, opened it with his teeth and slid one between his lips.  Fumbling for a lighter, he reached into his jacket pocket and pulled oot the crumpled bills he’d just received as change from the cashier.

Roxane, as always, had made herself crystal clear.  A pint of milk, a copy of the Vancouver Sun and a home pregnancy test from the pharmacy next door.  “And no beer…God help you if you come home with beer.”

Chris, as always, had blown the wad of cash he’d been handed on cigarettes and lottery tickets.  Lighting his smoke beneath the store’s sheet metal awning, his panic began to subside at the realization he’d at least refrained from grabbing a 40 ounce from the cooler and thus had followed the most vehemently delivered of Roxane’s dictatorial directions.  Usually, this kind of partial adherence to the rules was enough to ensure the ensuing financial argument ended in a stalemate.

He walked back to the apartment complex and hesitated briefly before going inside.  Roxane hadn’t moved from the sofa, arms crossed tightly in exaggerated impatience.

“Let me guess…you got mugged by street cats and they ran off with the milk?”

“And if you still don’t realize that the odds of winning the Lotto Max are even worse than those of you holding down a job for longer than a month, you’re fucked, Chris.  Did you at least get the paper?  Hand me the classifieds and go walk your damn dog, he’s been whining at the back door for an hour.”

Chris trudged into the kitchen and grabbed Dudley’s leash from a hook on the wall, relieved at the opportunity to escape the apartment again, if only for ten gloriously peaceful minutes.  In the living room, Roxane grabbed her cell phone and shot off a quick text.

It was still teeming as Chris leaned against the far end of the complex’s security fence, waiting for Dudley to do his business.  He pulled his fists into the sleeves of his coat when he spotted two silhouettes approaching from across the street.  Their features were obscured in the inclement night, but Chris could discern that they were larger than average sized men, with a deliberately slow and determined gait.

“Jesus, Dudley, hurry the fuck up.”

Before he knew it, Chris found himself flanked on either side.

A sucker punch to the nose sent Chris tumbling to the mud.  As he struggled to regain his footing, a boot caught his left side causing him to roll into the fence.  Tony straddled his body, creating a vapor cloud in the frigid winter air that seemed to ring his words with a tangible aura of menace as he bent down to face Chris.

“If you don’t man up and start treating Roxane right, the next time, we’ll kill you.”

Shivering in the mud, Chris watched his attackers disappear into the night while Dudley sniffed at the small paper bag on the ground that had fallen oot of Chris’ jacket pocket during the scuffle.